The project is a renovation of an existing house from the 70s, on the beachfront of the Mediterranean Sea, adapting it to the requirements of its new users and its environment.

The original building lacked any architectural interest but had a focus on energy efficiency. All the effort used in the initial construction is utilized, maintaining the structure and a large part of the house’s envelope. In this way, the environmental impact of the project is reduced and urban “waste” is recycled. With this work, Martin Lejarraga Architecture Office continues to opt for architectural recycling as one of the most effective ways to take care of the planet from the point of view of architecture (UN Objectives 2030, 11-12).

Conceptually, the intervention is developed in two differentiated layers, functionally and materially. The lower one, in contact with the sand and the bathers, is hard, textured, and rough with white finishes of Tyrolean plaster and ceramic latticework. The upper layer, more closed and abstract, is resolved with a ventilated large-format facade with white and shiny ceramic pieces. These pieces reflect the sun, and the different tones of the sea and the sky at each moment, thus signifying their surroundings.

Despite its privileged location, the original facades had a very closed and claustrophobic configuration. To achieve the opening of the house towards the sea, the position of the staircase is modified and large gaps are opened in the east facade towards the beach in addition to more contained openings to the west towards the urbanization. At the same time, the pavement extends from the inside of the house to the terrace, blurring the interior-exterior boundary and creating a sense of connection and continuity between the house and the beach. This sand-colored pavement also surrounds the pillars and the staircase, contrasting with the overall white colour of the entire house.

Both the pergola on the terrace and the roofs of the house are landscaped with native vegetation of the Levantine beaches. These plantations improve the thermal insulation of the house and produce various benefits both for its inhabitants and for the nature that surrounds it, such as heat reduction, retention of humidity, and an increase of biodiversity and bio-habitability ( Objectives 2030, 15).

Finally, the house has a clean and sustainable aerothermal system for the consumption of DHW and air conditioning (Objectives 2030, 7).

In short, Casa C is a project with a strong Mediterranean character, both in its final aspect and in the chosen materials, as in the constructive and sustainable strategies used. Taking advantage of its unbeatable location on the beachfront to establish a direct dialogue between its inhabitants with the beach and the sea. 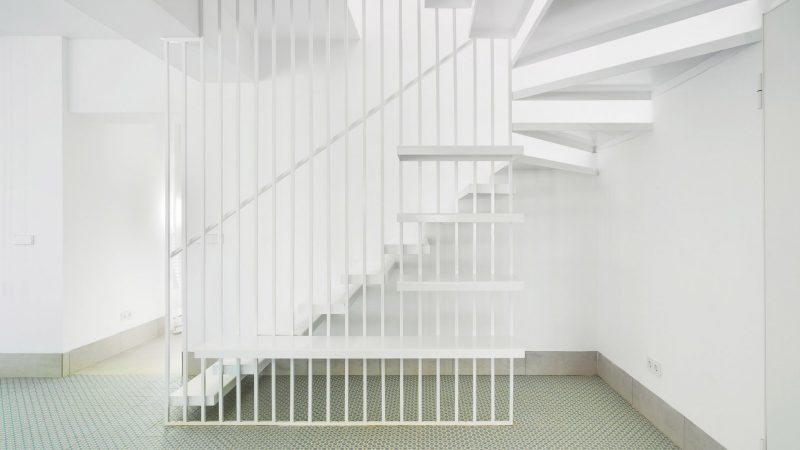 Refurbishment of a house in Islas Menores. Cartagena 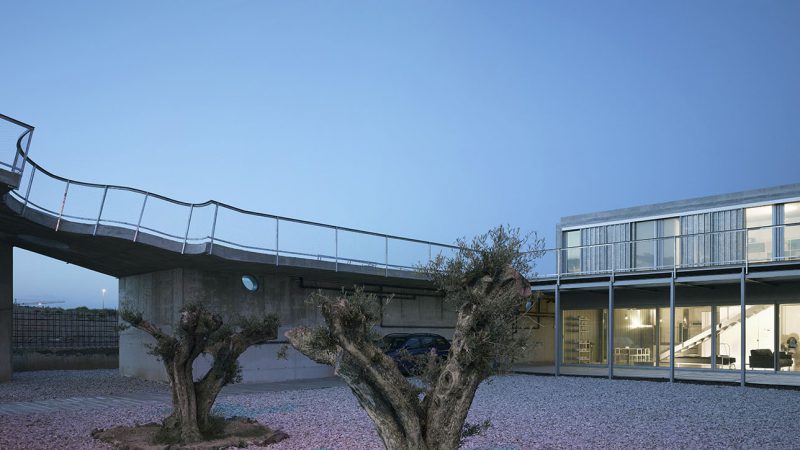 House for a Swimmer. Espinardo 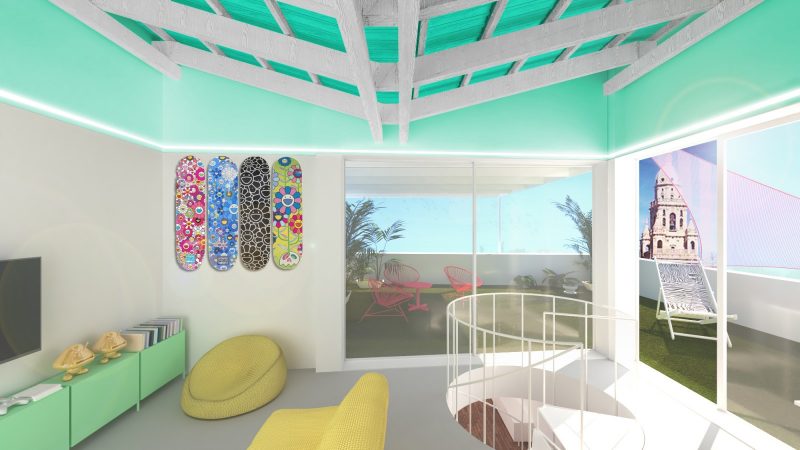