The proposal rehabs the original construction through the recovering and conservation of its historical and architectonic virtues. The project aims to highlight the unique attributes of the existing building in order to revitalize the construction itself as much as its urban surroundings.

The historical façade addopts, from the restoration of the current materials, the aspect, textures and colors of the urban landscape of the city of Cartagena.

Acting as a huge plinth, the existing construction incorporates over its roof, a whole new and distinctive volume. This piece establishes a metaphorical conversation between the old and the new and among the historic and the contemporary reality. The new architecture learns from the features of the present building assume as its own, such as: the rhythm and proportions of its façade, the relation between empty and full spaces and the structural grid. Thus, the superior piece adapts itself to these vernacular conditions through soft and curvy surfaces. This fact contrasts with the geometric accuracy of the historic building that, being placed next to the maritime arsenal of the city, looks like if this military order had could affect in its former design.

The divergence between the two layers of the project is highly stressed by the blue ceramic pieces that compose the superior elevation. This material produces a continuous and recognizable image from afar.

In the interior, the apartments distribution is adapted to the original voids of the existing façade. This fact generates very diverse type of living spaces, depending of the specific demands and characteristics of each of them.

The corridors and the interior common zones are thought not only from the respect but also the contrast of the former building. The fluid silhouettes and the blue tiles shape these semi-public spaces giving them a homogeneous and unbroken image.

In conclusion, the apartments building, Tivoli, shows itself as a piece able to activate its surroundings thanks to a precise and respectful design besides of its contemporary and distinguished appearance. 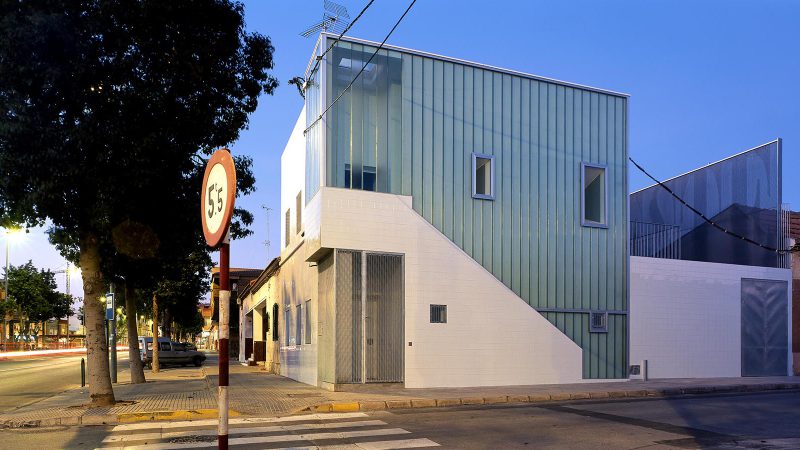 House for a Painter and two Cats 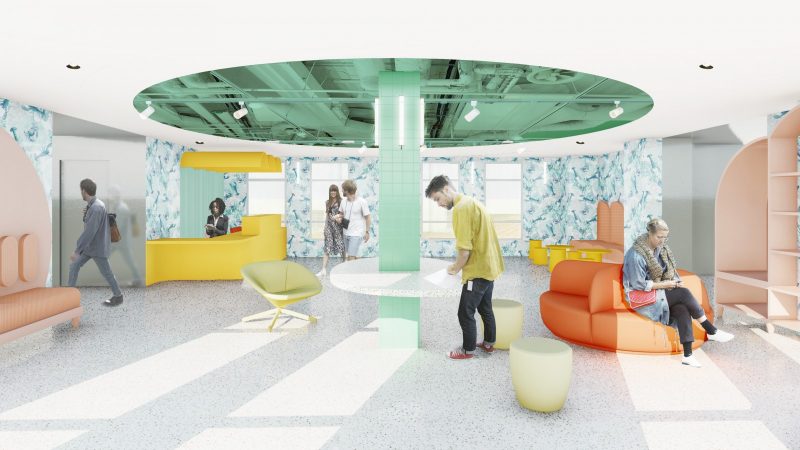