Panoramic Lift, Conditioning of Shelters and Multipurpose Use building. Cartagena

The objective of this Project is to rebuild an old route that disappeared in the XIX century when the Gisbert Street was opened. Besides there is the purpose to active the hill and the Civil War Shelters that are inside it to make them visible to the public and give a complete urban image.

To solve it, a panoramic lift is built. It connects the lower street to the park called “Torres Park” that is on top of the hill with the help of a footbridge. The difference of height is 45 metres.

Close to the lift, at the bottom of the hill, there is an administrative and cultural building that is a previous space before entering to shelters. Shelters are rehabilitated to appreciate their historical value, and to organize tourist events to promote the city.

The lift is a geometric figure because of its structure. It is inspired to be an efficient tower with the mechanical essential components leaving aside any other formal purpose.

The basement of the intervention contains an office building that is a continuation of the civil war shelters, as a retaining wall that keeps an administrative program inside.

This building tries to be one of the representative actions that are transforming the city of Cartagena. This is an example of the new way to look at, and to continue in the future.

The Project is an answer to the movement requirements and an exploration of how to act to consolidate this piece of city.

The Autopsy Building becomes a new cultural pavilion, as a unique space, that has a continuous bench to free up the room and turning it into a multi-use space. Several activities (such as concerts, lectures, readings, or exhibitions) can be performed there. 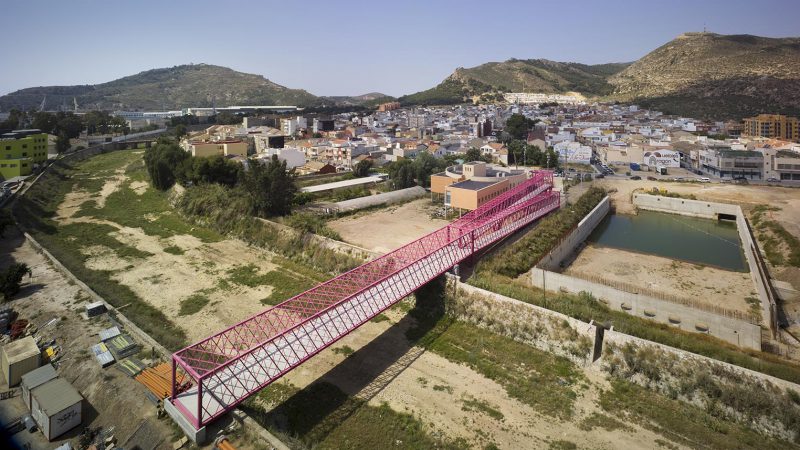 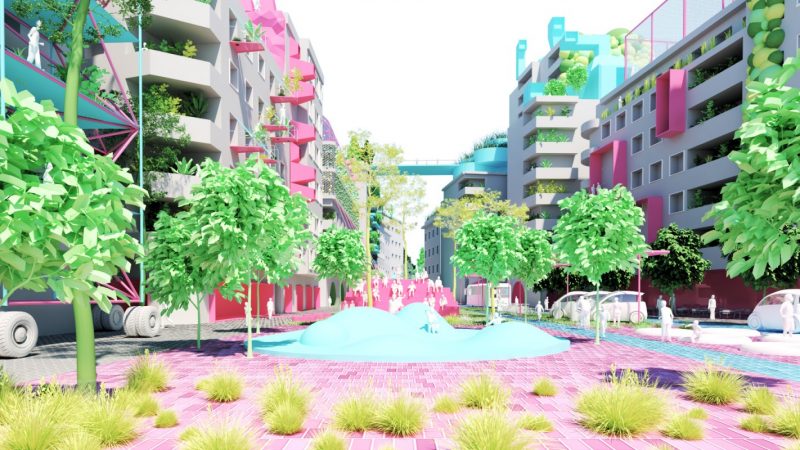