Charris and Sicre, between sleeplessness and dream

Painting is a journey: this may sound like a cliché, but for some people it is true, and so it is for these artists. Many of their works have been sparked by travel, by the very idea of wandering, of a transit space, of border territories and of time frozen between two destinations, and sometimes, as in Charris’s cycle of works on Mali and Lapland, or Sicre’s on India, some of their projects are actually rooted in and articulated through the exotic. And at times a journey to a geographical place has had another metaphorical territory superimposed on it, a painted land, a continent of art, like the trip (and subsequent exhibition) to the American painter Edward Hopper’s Cape Cod. That involved travelling not only to the heart of Hopper’s work but also the American imagination itself, and that of the painter was surrounded by a swirl of other influences (from the River Hudson School to American Scene realism, from Walker Evans to the Precisionists and John Dos Passos). And then the journey home brought them a new vision of their own land, uniting worlds that seemed utterly remote.

The new destination they have tackled is another painter, Leon Spilliaert, and another land, painted in Ostend, the little city in Flanders where he was born and in which Ensor and Permecke also lived and worked (a very dense concentration of art history for such a small place, a node of intensity in the great European network). On a series of journeys, with the Belgian painter of dark geometries and peopled silences constantly before them as their guiding light, Charris and Sicre have tried to find the entrances where the painted and real worlds meet (not always an easy task in the tourist resort Ostend has now become with its conventional architecture), working on the basis of both the historical and the literary, truth and appearance, certainty and confusion, so as to be able to attain the real object of this journey: a neglected area of their own work, new postcards of their own world with which they were not yet acquainted.

It is said that insomnia is behind many of Leon Spilliaert’s works, that his nocturnal rambles along the seafront and the streets of the provincial city prompted many of the visions that helped him shape his inner world: these are the hours when ghosts emerge and reality takes a break, where shapes become less distinct and obsessions come out for a walk in the moonlight. But it was not the night that Charris and Sicre were seeking to find on their journey to the northern sea but the very heart of insomnia, that space between lucidity and sleep, that boundary between the incidental and the transcendental, between forgetfulness and memory, between painting as a material medium and that which is painted as a mental vehicle: it is what distinguishes the child Pinocchio from the wooden puppet, a potion made from gin and tonic with a few drops of turpentine.

From a brightly lit corner of old Europe, Cartagena on the Mediterranean, to a different sea and a different light in the north, with painting as a universal language and the lasting fraternity between living and dead painters: that is where this new series of paintings comes from. Other characters, invited or not, have also joined the party: Ensor and his collections of shells and masks, Stephan Zweig and Joseph Roth, Hergé and the Flemish old masters, Marvin Gaye and Arno, Dover soles and grey prawns, Tintin and ferries, abandoned Second-World-War bunkers and digital memory.

And when Charris and Sicre say Ostend, they mean Europe, another room in the same house, a world of old histories and new acquaintances, of shared idioms in strange accents and family likenesses, of conspiracies of coffee and philosophy, of vampires and living dead, of Richard Strauss and Johnny Rotten, beyond the frontiers, always close to some guiding light.

The outcome of this journey, which took place in the summer of 2010, is a set of paintings and sketches based on dreamlike recreations of distant Ostend, thanks to the collaboration of the Cartagena-based architect Martín Lejarraga, who was responsible for the spatial design.

La Conservera has published a catalogue for this occasion with texts by Fernando Huici, Ángel Mateo Charris and Luc Tuymans. 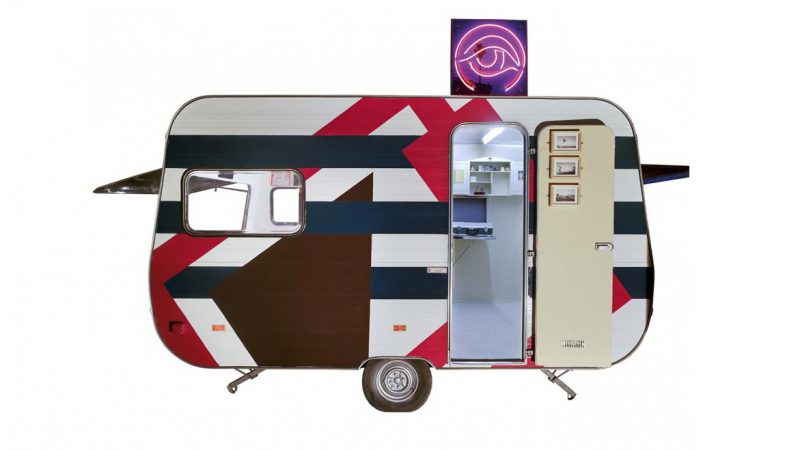 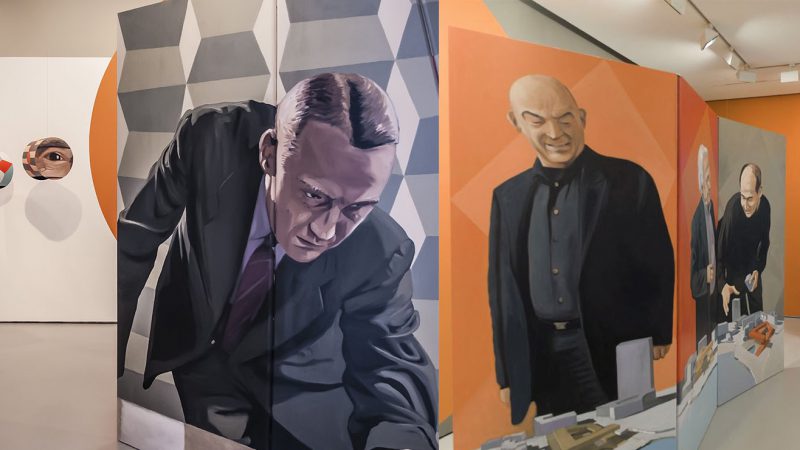